Last night a friend asked me to write an article about Bitcoins. She works as a manager in a fast growing IT startup constantly surrounded by the most cutting edge technology and yet is still perplexed by the way Bitcoins work. Her main questions were: how do digital currencies such as Bitcoins relate to real life and more fundamentally, what are Bitcoins?

It shall be my pleasure to shed some light on what Bitcoins are and dedicate this article to the most popular digital currency.

In fact, two years ago I launched myself into the world of digital currencies. Driven by the low interest rates, I sought alternative investments. Considering that I am a few years too late for becoming Scrooge McDuck digging nuggets in the Gold Rush, another sort of mining appealed rather tempting: mining and trading Bitcoins.

The price of one Bitcoin had just reached a new high. An unknown currency that had only been around since 2009 was worth $1,242 in November 2013. Compare this to its initial price: $ 0. Yes, you read right: Probably the most famous alternative currency to the dollars, euros, and yens of this world was worth absolutely zilch.

February 1st, 2011 marked a turning point for the newly created currency. The price for a Bitcoin went from nothing to $1.00. That is more than impressive. It did not just go up one cent, it went from 0 to being worth a full dollar. Just picture a scenario where one day you are playing some sort of game or collecting a worthless item and over night your stash is worth real money. This is what happened to Bitcoins.

Forward a couple of years and the new digital gold is a real contender money-wise.

What makes the concept of Bitcoins even more impressive is the fact that an entire industry, similar to that in currency trading, has developed over the years. Certainly some players are no longer around, such as Mt. Gox, but others are going strong and new ones are constantly popping up.

And this is the beauty of it: The fact that whoever created Bitcoin, and whatever the real intentions behind, has performed an extraordinary task in that his, her, or their invention has become a real contender for shopping and enjoying services online and offline. You can stay in a B&B in Quebec, buy coffee in Vancouver, or book a flight, alas not for all fares and airlines. 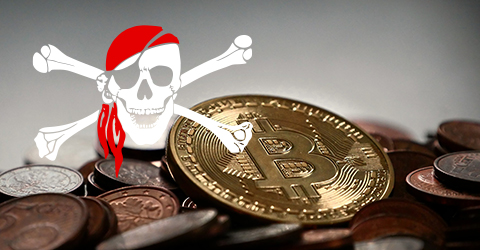 But while all this sounds great, this is also the danger of Bitcoins. Imagine someone was to hand you a note telling you its value is this and that. Have you ever watched Better Call Saul, the Breaking Bad spinoff? On his quest for new clients, the lawyer Saul is offered one million dollar as a retainer. A “rich” farmer plans to pay Saul to protect him from the American government. As he walks off to get the stash of money from his safe with Saul waiting in anticipation, he grabs an artifical currency created by the farmer himself. Instead of offering real US dollars, he plans to pay in bank notes sporting his precious self.

It is essential to know who is behind the bank note you receive in exchange for your time, services, or valuables. Who guarantees that you will be paid its denomination? There is absolutely no question that this applies to paper currencies and gold as well as Bitcoins. But with paper currency you will find a government behind it; or more precisely, a central bank backing the copper and paper. With Bitcoins? Well …

But then again, who is guaranteeing the value of a diamond? Who is the miner and the seller? Most of us will only have contact with the jewelry store selling the gem to us. It all comes down to what value people attribute to a specific piece of paper, object, or digital currency.

So with Bitcoins you are in for a bit of a gamble. But the more established this digital currency becomes, the more widely used and accepted, the easier it'll be to put a Bitcoin value on services and products. With a strengthening of its role for economic markets, it is prone to eventually provide a serious alternative for real life transactions.

While all of this might sound worrisome, the dangers also pose real advantages. Too often has inflation hit savers and the general public. From the hyper-inflation in Germany rendering the government backed Reichsmark worthless to the loss we experience everyday with existing currencies in form of regular inflation, the value of your dollar, euro, pound, real, lira, or yen is only what others are willing to give you for it.

The simple reality: None of the paper notes and coins hold any real value unless the government and market participants consider them valuable.

The factor government is taken out of the equation when dealing with digital currency. There is no government that tells you that the money in your wallet is worth a particular amount. Quite the contrary, it is the free market in its ultimate form that determines the value of your Bitcoin. If people are willing to accept one Bitcoin for a one-night stay in their B&B, then that is how much your Bitcoin is worth. You are freed from central banks hyping inflation by pouring money into the market. In fact, it matters little to you whether a central bank engages in quantitative easing, i.e. adding massive quantities of money to the market, or other economic measures.

Bitcoins, just as gold, are limited, and that gives them a crucial advantage over existing government-driven currencies. That is as long as they manage to build a solid foundation and move away from a primarily online phenomenon to a real contender used by more than a select few.