To clarify, a good movie about the finance world, in my book, does a number of things:

2) educational for those unfamiliar with the finance industry

4) showing a world that is reflective of Wall Street, the City of London, Frankfurt, Singapore, or any other financial hub

The movies below meet all or most of these criteria. These aren't necessarily in a particular order, but Wall Street, Margin Call, Boiler Room, Arbitrage, and The Wolf of Wall Street stand out and form a league of their own. So here you have the, in my opinion, best finance movies.

The classic and one of my all-time favorites. Wall Street with Michael Douglas is a story that never loses its appeal and will ring true for years to come. As long as there are financial markets, as long as there are opportunities to make big money, there always will be the occasional Gordon Gekko. It's entertainment at its best. Accessible to the layman, an inspiration to some bankers in the 1980s. Gekko, the aggressive investor, ever so eager to make as much money as possible and willing to destroy whoever and whatever is in his way to success. 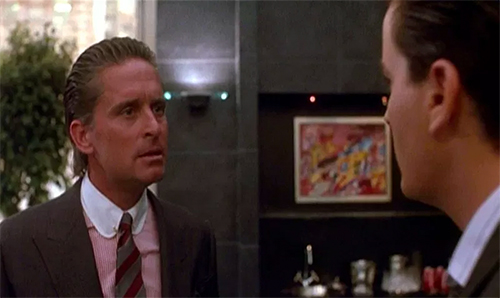 A movie about Lehman Brothers; or Bear Sterns? It really could be any bank, but the most obvious one is the former 158-year old investment bank Lehman Brothers.

What a great and exciting take on the moment the world screeched to a halt. The financial world collapsed overnight, economies are still suffering, and the greed by some led to unique interventions by governments paddling in a frenzy to save the world as we knew it. It's a wee technical at times, but if you read up on some of the terminology or watch it with someone familiar with the finance industry, this is an exciting ride. 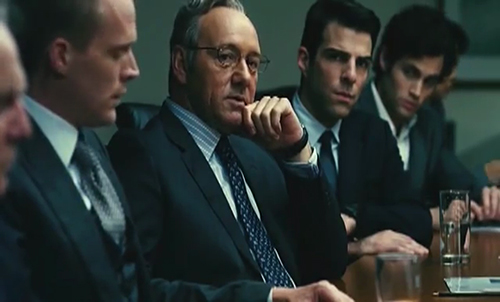 Based on a true story, The Big Short portrays the final days of the runup to the Great Recession and the burst of the housing bubble. Michael Burry, while being eccentric and anything but the regular hedge-fund manager, is a insightful, data-driven investor who is one of the few who called the subprime crisis early enough to bet against mortgage-based securities (one of the main culprits that led to the financial crisis). It's an interesting story about the real-life events. The little snippets with Margot Robbie and Selena Gomez explaining the financial terminology didn't do it for me. I felt it was unnecessary. But my better half corrected me stating that it made it much easier for her to understand and allowed her to refrain from having to ask me what the terms were. In hindsight, they could probably not have chosen better actresses and actors to explain things like credit-default swaps, as it makes the film accessible to everyone. A good watch.

Sort of the Gordon Gekko of penny stocks. Different from the hedge fund manager and corporate raider Gekko, Jordan Belfort doesn't really do much real finance or investing. Belfort, the main character the movie is based on, is simply a sales person – kudos, a very good one – who acquires an enormous amount of money through rather dodgy techniques. It's pure entertainment and you'll find yourself similarly appalled and intrigued by Belfort's behavior. A movie containing everything, from swearing, sex, drugs, money, alcohol, greed, sales, and a rather dark side of the financial world. 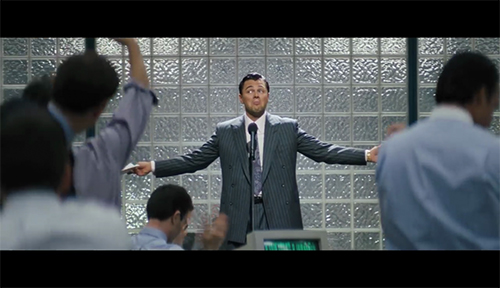 It's the Wolf of Wall Street on a smaller scale, and contrary to Belfort's story not based on a true story. A bunch of uneducated youngsters find themselves reeling in tremendous sums by selling worthless penny stocks to the gullible public. The movie is 90 minutes on testosterone portraying men and women, but primarily men, in their twenties and thirties pushing each other to ever more outrages actions. 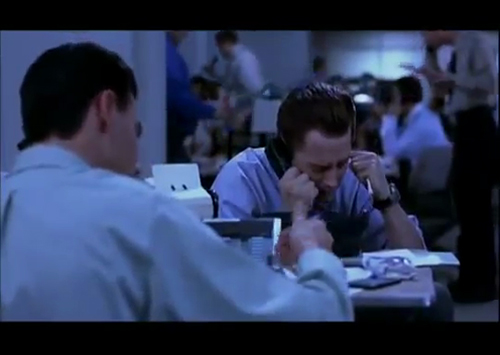 He once played a charming millionaire saving a beautiful prostitute in Pretty Woman, now Richard Gere takes on the role of a hedge fund manager whose strategies and bets have gone haywire leaving him with nothing but a big mess to clean up. Arbitrage draws you in from the beginning and leaves you both questioning how far some would go for money while simultaneously rooting for the main character. An intense watch and worth every minute. 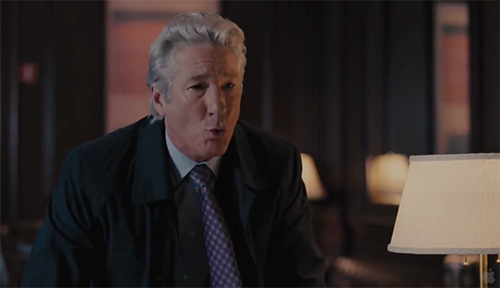 A film about an outlandish self-proclaimed financial expert whose only claim to fame is his stock market television show showing him dancing with beautiful girls while recommending the “ultimate stock” to buy. When things go wrong, he is taken hostage during his live show only to find himself solving the financial crime of the century. Don't expect too much from Money Monster. It's easy entertainment, but not much more. 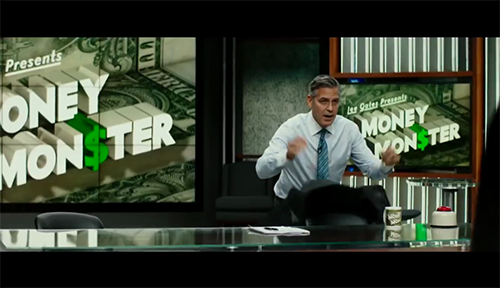 Robert de Niro stars in yet another movie about Bernie Madoff. Whether it will be as good as the stardom of de Niro suggests remains to be seen. I, for my part, are in great anticipation and hope that the portrayal of Madoff's Ponzi scheme will be somehow allow different insights than its 2016 predecessor Madoff.

After having now watched the film, the verdict is in. Comparing it to Madoff with Richard Dreyfuss, de Niro's version is a bit of a letdown. It is far less detailed. The lack of depth leaves the viewer slightly confused and much less interested in how Bernie Madoff pulled off his year-long Ponzi scheme. Whereas Madoff pulls you in, The Wizard of Lies fails to achieve the same. 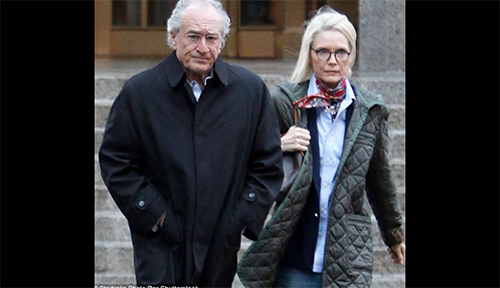 Richard Dreyfuss's portrayal of Bernard Madoff, one of the greatest Ponzis the world has ever seen, is an entertaining miniseries. It sheds light on Madoff's scheme from a private and "professional" angle. While the interviews in the final episode are not as enlightening as one would hope, the series displays the need for always being vigilant when entrusting someone else with handling your money. The miniseries contains no interviews or real footage and as thus does not qualify as a documentary but rather an entertaining watch. 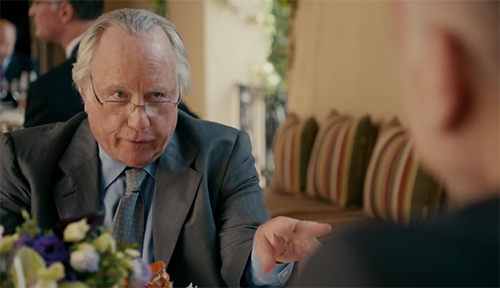 Unfortunately not as good as the original, but still an entertaining watch. No spoiler here, but the end is a bit of a let down. Gordon Gekko is back and as eager as ever to run the world of finance and to make as much money as possible. While the first Wall Street portrayed a world that became a fantasm for many in the investment world in the 80s, this one is a more toned down version for a greater public. There's even a love story in it.

The movie, featuring Ewan McGregor, about the man who brought one of the oldest British financial establishments to its knees. When Nick Leeson's outrageous bets on the stock markets fell foul, Barings Bank, a 233-year old bank, was forced to cease operations. Leeson lost, what by today's standards are likely to be considered peanuts, through doubling up his bets - a fallacy that is the downfall of any gambler, by continually increasing the speculated money to make up for previous losses. The 827 million pounds sterling that Leeson lost would not even raise an eyebrow in today's environment of ever increasing money printing and billion dollar bailouts, but back in 1995 the sum was enough to destroy the Queen's bank. A great film about the importance of keeping greed in check and avoiding emotional chaos when investing money. 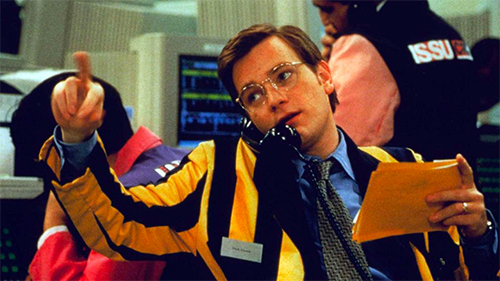 "America doesn't bail out losers. America was built by bailing out winners. By rigging a nation of the winners, for the winners, by the winners." This statement made by Michael Shannon's character to his sidekick, who he had formally evicted and subsequently nurtured into another "winner" sums up this entire movie. A tense story about the aftermath of the subprime crisis and the differences between those who benefited from the burst bubble and those who were at the receiving end. 99 Homes is a shocking reminder of capitalism gone wrong. At its heart (pun intended), there's relatively little sympathy and empathy. You destroy, you win. Michael Shannon plays a property investor who cashes in increasingly bigger sums by evicting families and others unable to keep up their mortgage payments. Andrew Garfield is, while at times a bit whiny, one of the evicted who turned into just another ruthless property shark. The movies is an interesting insight into the US property market and mechanisms that were widely unheard of across other parts of the world until the crash and even today. The movie is not only a reminder of what can go wrong when capitalism knows no more boundaries, but it also shines a very important light on people's lack of financial literacy. None of the things in the movie would have happened if people just had received a bit more training in financial matters. This is blatantly conveyed by the above scene about winners when shortly after, Michael Shannon's character offeres Andrew Garfield's a terrible deal to allow him to buy back his old house the former had evicted the latter from. 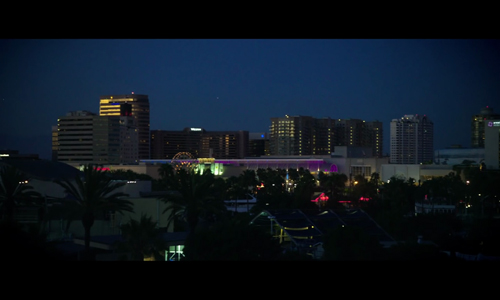 This movie portrays the leveraged buyout of RJR Nabisco. The story featured a number of high-caliber actors in the financial world, namely Henry Kravis, his cousin George R. Roberts, and Ted Forstmann, leveraged buyout pioneers and founders of private equity firms. The movie takes you on an exciting ride through the techniques and strategies used in leveraged buyouts and the dire consequences it can have for many of the targeted firm's staff. 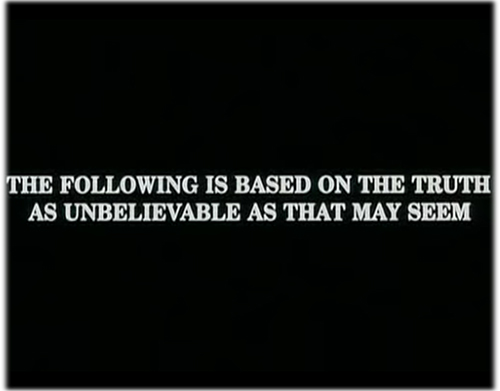 The secret to building wealth
Cash versus Stocks - How to build wealth
Coronavirus - should I sell my shares?
Secret millionaires and savers
Shares or Property - Which is better for a world citizen