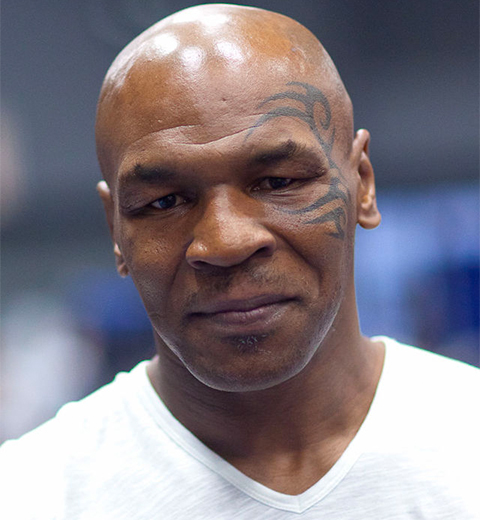 Why is it that some people are really wealthy and others are not? Is it their incomes? Is it because they are better at investing? Is it their savings rate? Is it their spending habits? It is all of them. But first and foremost, it is an attitude. A way of life and what you consider important and essential in life.

From riches to rags

A question: What do the former heavyweight boxing champions Mike Tyson and Evander Holyfield have in common with George Best, the football great?

They all earned millions, lived an amazing life, were the best in their chosen occupation, and left a lasting impression. Each single one could have spent their lives enjoying the beauties this world has to offer: from cars to holidays, villas to parties, starting companies or just laying on a beach for the rest of their lives. Instead all of them ended up broke with little to show for their hard work and years of physical and mental endurance and perseverance.

How is it possible that despite earning millions all of them ended up broke? Living beyond their means is one reason. Not managing their money is the other. A few simple choices make the difference in building wealth.

Strategies of the rich

If a fancy car is high on one’s priority list, owning the newest gadget, buying this season’s designer, or going to the coolest bar in town every weekend, the likelihood of belonging to the rich part of society is rather slim. This might sound strange, but many rich folks tend to not do any of these, at least not on a regular basis. More importantly, they do not spend those big bucks before actually having accumulated enough wealth. With a big enough principal and sufficient passive income they no longer feel the financial pinch of these luxury expenses. Their passive income pays for life’s pleasures, not their principal. This is what the above athletes approached differently.

Modest expectations of being rich

Of course we always hear about the 1%, but their level of wealth is off the scale. So what do the majority consider wealthy? Some might say those who are able to live off their investment returns. Others might put some number on it like one or ten million.

It appears that often perceptions are even more modest: A 2009 report published in the United Kingdom showed that British women consider a man with more than £ 25,000 (€ 33,000/ $ 42,000) in savings and an annual income of more than £ 50,000 wealthy. These sound like rather humble expectations.

Everyone has a personal definition of what they consider wealthy. To me it is the ability to live on your investment returns.

Regardless of how we define rich, in order to accumulate wealth, the rich, and I am not referring to the 1%, but to the 13.7 million millionaires on this planet with a net worth of at least $ 1,000,000 do something different than those with much less wealth.

Granted, unless you have inherited huge amounts, you will need an income. But does that income have to be 6 or 7 figures? Surely not. It helps, but it is not necessary. The truth of the matter is: wealth is built on knowing how to manage your finances. Even an annual salary of €/£/$ 20,000 can allow you enough leeway to save and invest. Even though it might take longer and require different strategies than someone on a salary of €/£/$100,000, it is not impossible to become wealthy.

What is important is what is left of your income, not how much is coming in. You could be earning €/£/$ 1,000,000 per month, but still be left with no money at the end of the day. Examples for how little value colossal incomes have long term are the huge number of professional athletes who find themselves less well off just shortly after their career end.

It has been estimated that 78% of NFL players and 60% of NBA players experience financial hardship two to five years after the end of their careers. 60% of UK premier league footballers find themselves in a dire financial situation after they step off the pitch for the last time. And 25% of footballers in another high paying league, the German Bundesliga, find themselves either in debt or with not a penny to their name when they end their careers.

These are all people who earn more in a year than most people earn over their entire lifetime. These are not lazy people either. They became professional athletes because of their work ethic, their endeavors and endurance, and their enormous drive to be the best. But they start earning millions at a young age with little to no knowledge of finances. Instead of saving and investing, their outgoings are massive: Lamborghinis, Porsches, million dollar, pound, or euro mansions, luxurious holidays, lavish parties. Their spending level is equal or above their income level.

And this is the very ingredient differentiating the rich from those less well off: spend less than you earn and save. Just to be clear, I am not talking about the poorest of society; their struggles are a topic in itself. I am referring to all those who earn a decent living.

Outgoings need to be well below the income level. Only then can you accumulate enough wealth to be rich. 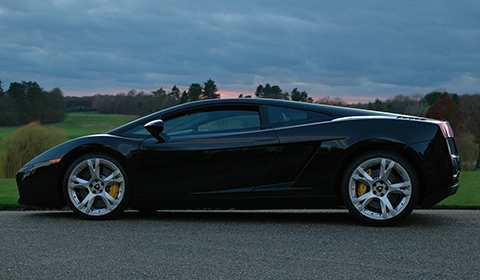 Real life example of wealth building on a small salary

A good friend of mine was in the €/£/$ 20,000 per year bracket for a long time. But he managed to live frugally enough to accumulate € 150,000 and bought his first rental property a few years ago. In his early thirties. His income shot up substantially. His investment is earning him very good returns. If he had used his extra money to buy an expensive car, his € 150,000 would be almost worthless now. Instead, his rental property adds an extra 50% to his annual income.

When you see him, you would assume that he is far from being well off. He doesn’t dress particularly expensive. He only owns the occasional designer shirt; most are regular items of the rack. He only owns one car and not a luxury one either. His work pick up also serves as a leisure vehicle taking him from and to places outside of work. He owns only one computer and one cell phone, used for both work and leisure. The money that he has coming in from his company and his rental property are all reinvested. None of his money is spent on extravaganzas.

Undoubtedly, we all need some sort of income to be able to save. But then, the most important keys to unlocking the gates to Richland are manage your money wisely and save and invest.

We are all aware of areas where we could cut back a bit. Saving is really not that hard. Kids manage to put away some of their pocket money, but too many struggle to continue their saving habit as they become older.

Even if it is just a few €/£/$ per week, the compound interest and your attitude will do the rest. Start with understanding in which areas you can cut expenses. Sacrificing does not even need to hurt: just buy one luxury car instead of two. Your savings will make for a fantastic investment. Within a short space of time, understanding money will become second nature and that puts you well on the journey to joining the 13.7 million millionaires.

*Mike Tyson Image: A big thanks to Brian Birzer http://www.brianbirzer.com [CC BY 2.0 (http://creativecommons.org/licenses/by/2.0)], via Wikimedia Commons