Last night Mrs. CF and I watched a documentary about Bernard Madoff who ran one of the biggest Ponzi schemes the world had ever seen. From being amongst the most admired and respected people in finance, former Chairman of NASDAQ, trusted advisor to the SEC and the US government, and considered a safe haven for people's retirement funds, Madoff converted into one of the biggest financial con artists1. Amongst his victimes many famous celebrities from Steven Spielberg to Kevin Bacon, Zsa Zsa Gabor to talk show host Larry King. More intriguing, however, that even hedge funds, asset managers, pensioner funds, and some of the biggest banks fell for his scam. While they were all better equipped to deal with the negatives stemming from their investment with Bernie Madoff, numerous wealthy, and not so well off, individuals lost enormous sums, some even their entire nest egg.

One of the most intriguing aspects of the entire charade was the promised return of a meager 12%. Sure, this sounds like an above-average return, but it is nothing extraordinary either. In fact, in the years running up to the Great Recession of 2008, I earned 8% in my savings account and almost 11% in A-rated corporate bonds. Getting good returns on your money couldn't have been any easier and risk-free.

Then why did Madoff not succeed in bringing in 12% per year; as a highly paid expert with all his knowledge and experience this should have been a realistic task? The answer: Madoff never invested a single dime in anything. He never bought a single stock, bond, or any other asset. Instead he put all his investors' money into his personal bank account. His downfall were a number of things: the steady monthly return of around 1% - it's rather unlikely that monthly performance over a few decades is very much the same and a very skeptical and intelligent quantitative analyst who, after running numerous mathematical models, determined Madoff's scheme as a scam. Now, rather than enjoying a lavish lifestyle, Madoff will now have to spend the rest of his life behind bars. Yet, many of his investors are left out of pocket.

Given today's low interest environment, it is ever more tempting to fall for a too-good-to-be-true offer. If even professional investors fall victim to such scams, then how easy is it for the small investor?

I am sure that as an avid reader of Captain Finance you'd never fall for a get rich quick scheme, yet dangers are sometimes lurking in places that appear very safe – just as Bernard Madoff's investors thought. Whether it is a certain bank or insurance product, a type of property investment that promises good returns, but comes with a 100-page long brochure – or the contrary, only one page, the most important aspect of an investment is that you do understand it completely. 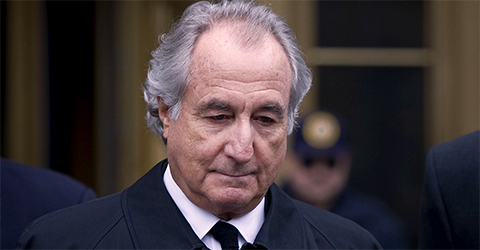 If someone tells you that the product is tremendously complex, remember: so were those great products that led to the almost-collapse of global financial markets and that were responsible for many years of austerity, pain, and bailouts.

A complex product is not a good product. Unless you can explain it to someone else in easy words, you'd better stay away from it and invest your hard-earned money into a product that is understandable without an unsatisfactory hour-long lecture.

Certainly, there are some products that are more complex than others, but even these are rather easy to grasp. If you think of a telephone when you are being advised to buy a call, or look around you when hearing put, then options might simply not be for you; or you should simply give it some time until you grasp their rather speculative nature before trying your luck with calls and options.

Many of so-called innovative or not-to-be-missed investment vehicles that are sold via your financial provider will not make you rich, but the issuer. While many are genuine products that might only carry heavy fees, some are indeed guarantees to lose rather than make money.

Regardless, the most important aspect of investing and saving is that you understand the risks and the investment or saving vehicle in itself.

If you want to test your knowledge and see how protected you are against empty wealth promises, feel free to take the, not all serious, investment quiz.

1 The origin of a Con Artist goes back a couple of centuries to Samuel Thompson (1821-1856), a well-dressed individual who swindled unsuspecting passengers by approaching them in the street. He greeted his victims in a confident manner pretending to have known them for a long time. Embarrassed as many would be by having forgotten the nice gentleman, they found themselves in a vulnerable position. Once the stage was set for his scam, Thompson kindly asked them whether they could briefly lend them some money or their watch, only to never be seen again. He was later referred to as the Confidence Man, because of his confident manner, and thus the term Con Artist was coined.

The secret to building wealth
Cash versus Stocks - How to build wealth
Coronavirus - should I sell my shares?
Secret millionaires and savers
Shares or Property - Which is better for a world citizen